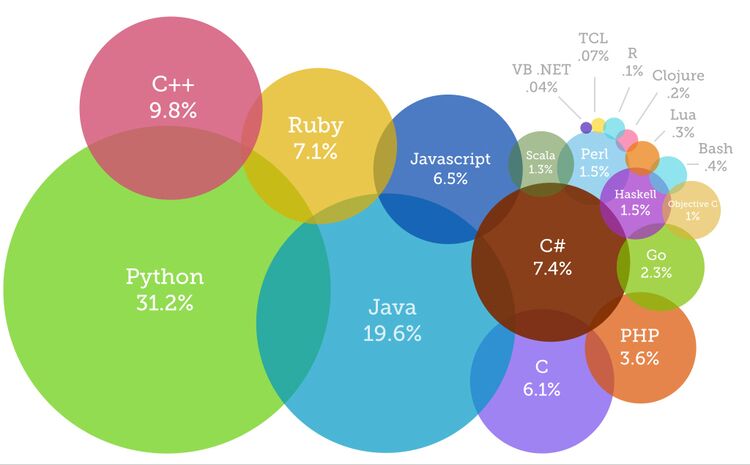 What is Programming Language?

Programmers with advanced skills and experience create video games. It might cost hundreds of millions of dollars. It’s a very imaginative project that also requires technological expertise. They need programming languages that can handle their particular needs.

There are numerous stages in it, starting with the creation of the game’s prototype and concluding with the testing phase before release. The coding language is chosen after the fundamental idea of the game, which is crucial for the game’s success.

A programming paradigm called “game programming” can be used to create stand-alone applications like video games.

Before you can call yourself a game programmer, you must be proficient in a particular language used in software engineering and computer programming, as well as have specialized knowledge in fields like simulation, computer graphics, artificial intelligence, physics, audio programming, and input.

Characteristics of a programming language:

What purposes do programming languages serve?

The purpose of a programming language is to enable the creation of computer programs that direct a computer to carry out certain calculations or coordinate the transfer of control between external devices (such as a printer, a robot, or any peripheral).

Here, we present a fascinating essay about the top 10 most effective programming languages for creating video games. When discussing the greatest programming language for games, you think of this person among the first. Its popularity stems from its close resemblance to the C language, upon which it was initially built, and from its innovations that prioritized object orientation.

As a result, C++ is a free-form, cross-platform, statically typed, and object-oriented programming language that has been standardized by ISO since 1985.

Because it can be used to develop both low-level and high-level applications, C++ has emerged as one of the most popular programming languages, especially for operating systems. Programmers can construct any kind of application they desire thanks to its wide purpose.

Among other platforms, C++ enables you to create games for Windows, Mac, Linux, Android, and iOS. You’ll need a game engine for that, which C++ has plenty of. This means that numerous 2D and 3D gaming engines employ this language. Godot and Unreal Engine both employ C++ as their scripting language, for instance. Although C# is a built-in feature of the Unity game engine, C++ is also used. Additionally, several gaming APIs now employ C++ for game development.

Libraries for C++ game development help programmers with a variety of tasks. For instance, SFML is a simple-to-use C++ library that has a built-in audio engine and graphics pipeline. The 3D branch is the focus of OpenGL, which can be combined with SFML. 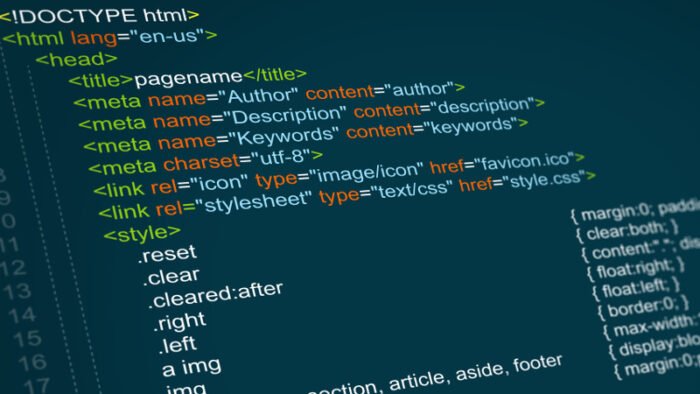 Game development uses Java, which was developed as an OOP language for computer programming in general. Numerous PC games, mobile games, and apps are developed using Java. It is one of the most widely used programming languages for Android mobile devices. It effectively makes use of contemporary technology and is perfect for server building. Enhancing game performance might make it simple to design multiplayer games. 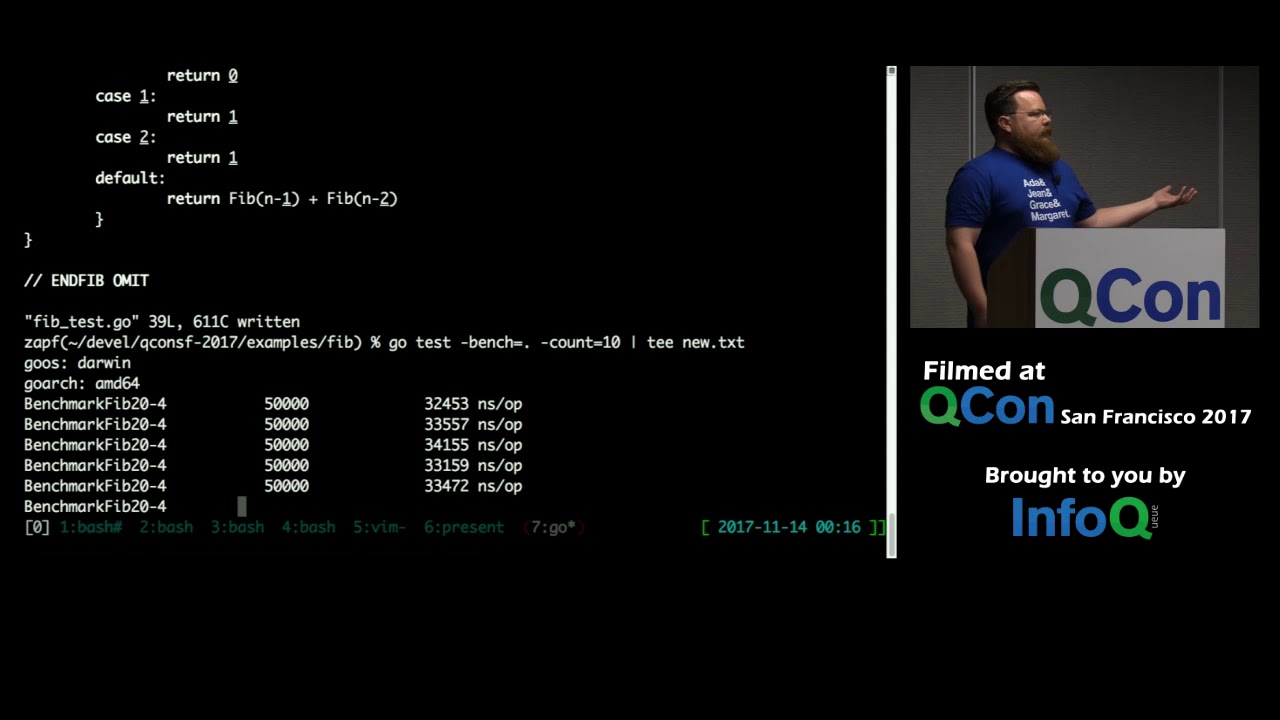 The next language to think about learning if you’re looking to pick up a new programming talent is Go. Google created this technology in 2007, and it was utilized to create web applications and APIs. Even while Go hasn’t had the same level of growth as the languages previously mentioned, its abilities are nonetheless in high demand.

It is a general-purpose programming language that is straightforward to learn and has a clear syntax, making it simple to create software that is dependable and effective.

It is currently the second most popular backend programming language and one of the technologies with the highest salaries. This means that if you learn this programming language, obtaining a well-paying job won’t be an issue for you. The average Stack Overflow employee makes about $76k per year, according to the site.

Go is used to build artificial intelligence-based systems, just like Python, hence its popularity is anticipated to increase. Cascading Style Sheets is a language for creating style sheets that describe how a document is presented in a markup language like HTML. The World Wide Web’s foundational technologies, along with HTML and JavaScript, include CSS. The newest generation of cascading stylesheets, CSS3, greatly enhances your capacity to manage how your site is presented. The fact that HTML5 and CSS3 work together to create the final rendered page makes a lot of sense. In the same way that JavaScript files are in charge of templating and dynamic components, respectively, CSS is just in charge of style. 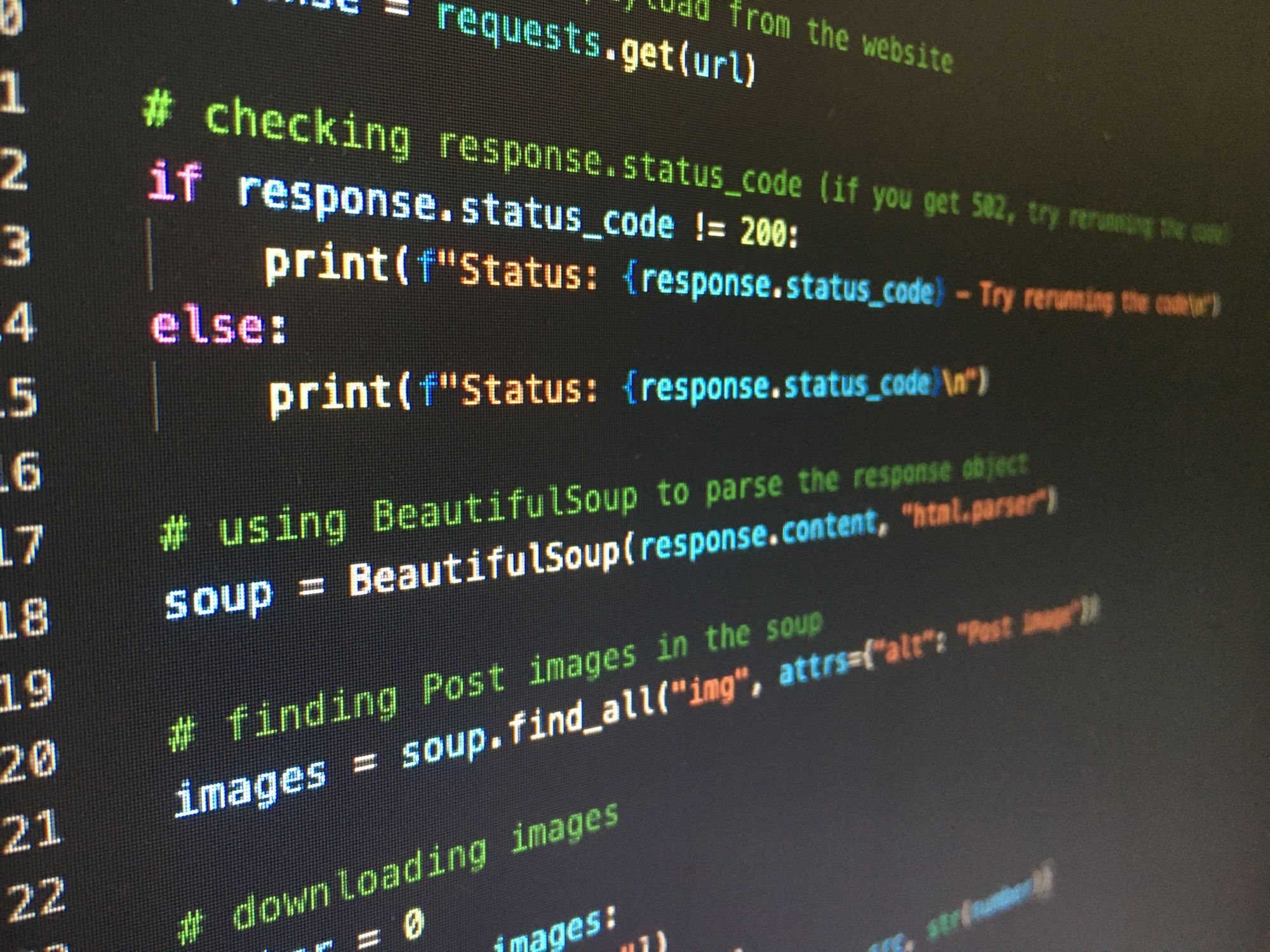 Python is used to create software like Blender, Inkscape, and Autodesk, which are used for 2D and 3D animation. Popular video games including Civilization IV, Vegas Trike, and Toontown have all been produced using it. Python is utilized by well-known websites like YouTube, Quora, Pinterest, and Instagram as well as scientific and computational programs like FreeCAD and Abacus. Around $109,092 is the average yearly salary for Python developers. 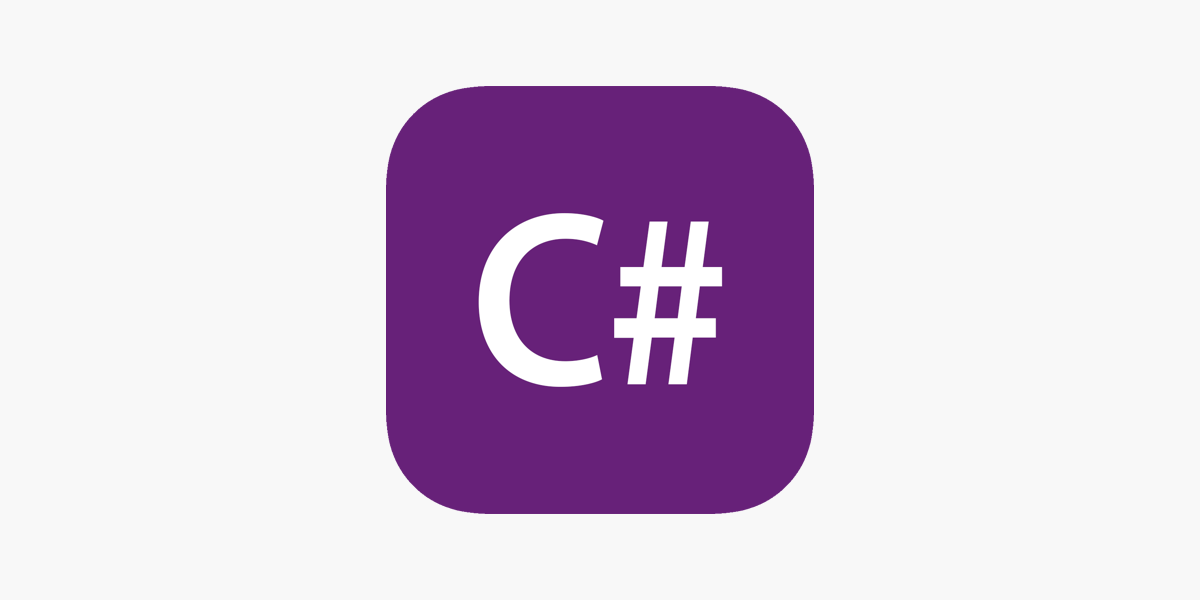 It is a multi-paradigm programming language that enables you to create code that is both components- and object-oriented. It was created keeping in mind the.NET framework. The scalability and relative efficiency of C# attracted the attention of the video gaming industry. As a result, C# was chosen as the standard programming language for the Unity game engine.

Game developers can concentrate on other aspects of the game thanks to Cautomated #’s memory management feature. Better security and less unpredictable game behavior are made possible by the type-safe nature of the language. On Windows PCs, it is the most widely used platform for game development and is cross-platform compatible. 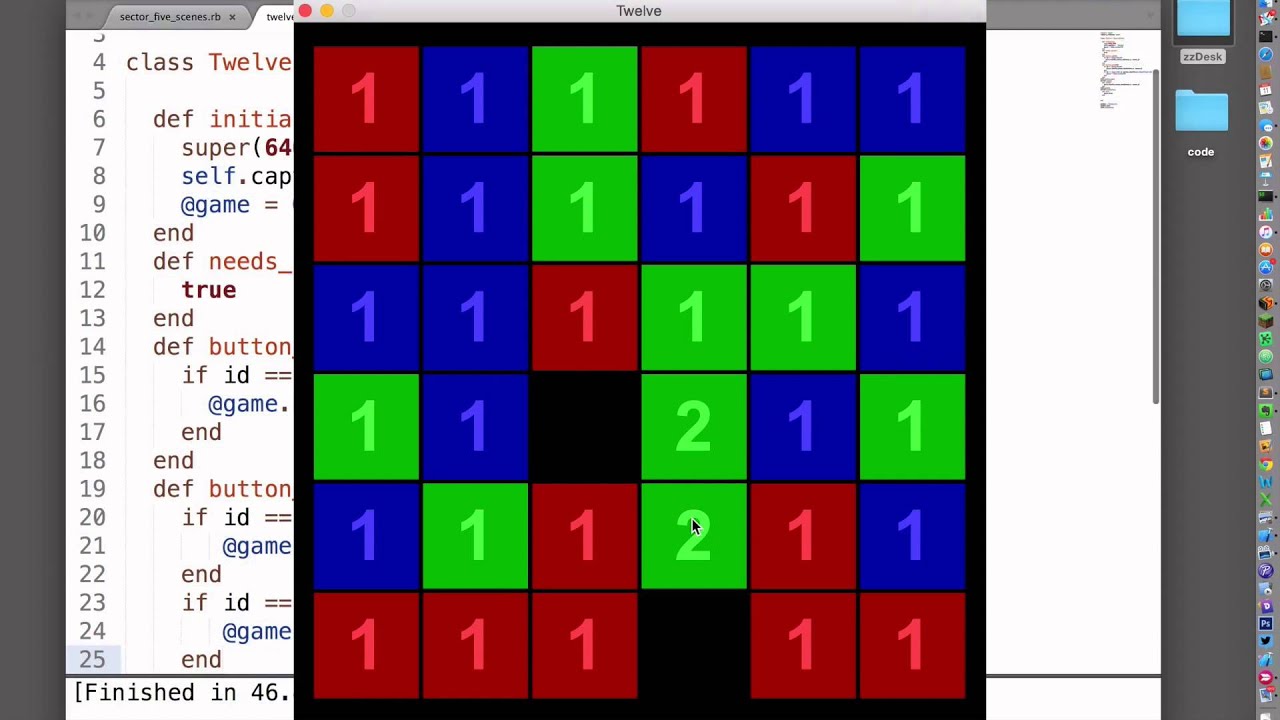 Fully object-oriented and interpreted, Ruby is a programming language. It was created in the 1990s and is frequently regarded as being simple to learn. It is frequently used for scripting, text processing, and the development of new applications since it has a simple syntax.

The vast web frameworks and apps created in this language, such as the well-known Ruby on Rails, are a major advantage.

Twitch, Shopify, Starbucks, and Tumblr all use Ruby, which is a reliable and well-liked language. It is also the sixth-highest paying programming language in the world.

In 1990, the open-source programming language PHP was developed. Since PHP is used to create more than 80% of websites on the Internet, including well-known ones like Facebook and Yahoo, many web developers consider it important.

PHP is mostly used by programmers to create server-side scripts. However, programmers with advanced PHP coding abilities can also utilize this language to create command-line scripts and desktop apps.

For new developers, learning PHP is thought to be rather simple. Access to numerous online groups for PHP specialists makes it simple to find support and solutions. 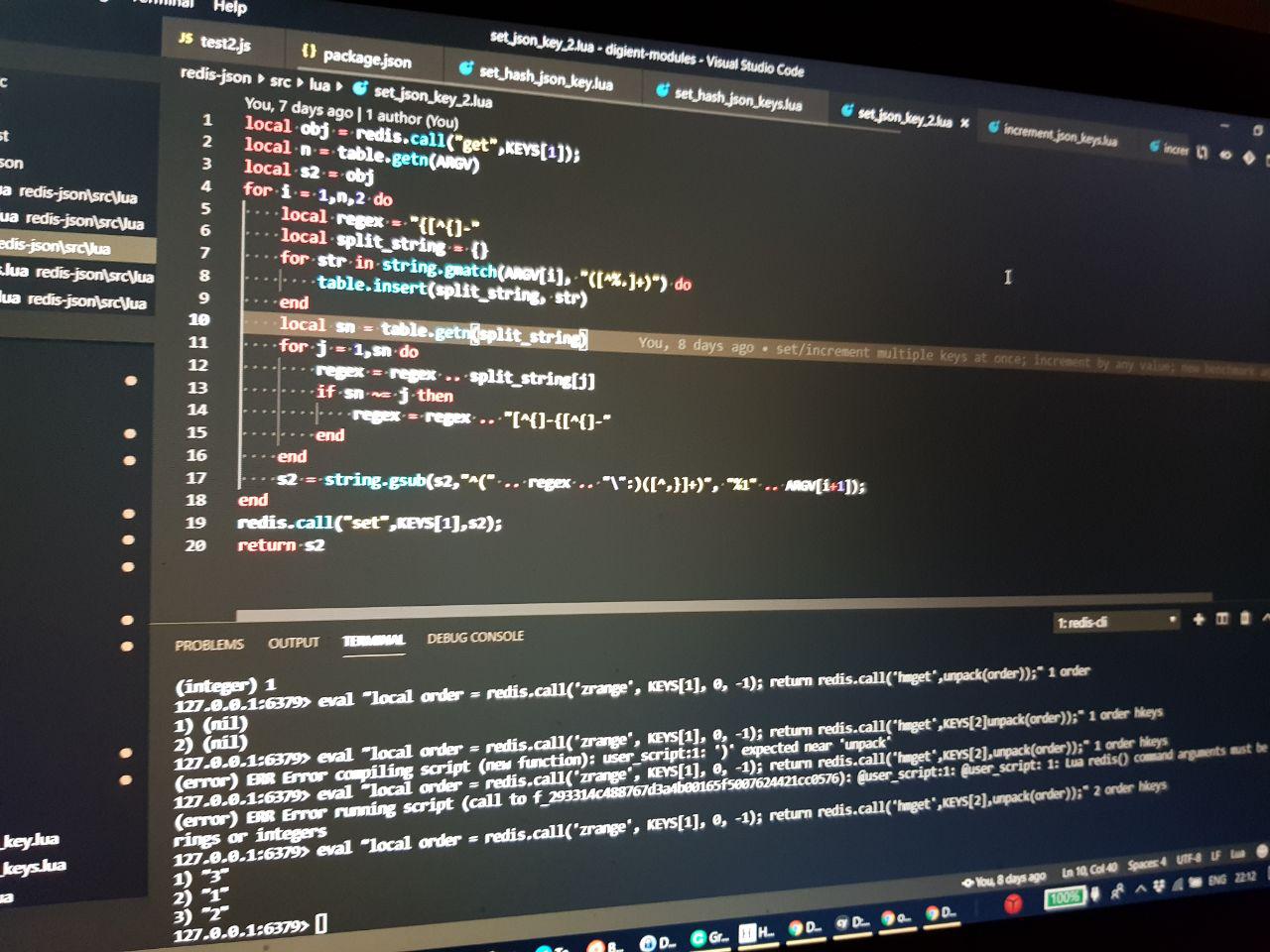 Video game creation can be done with Lua since it is a strong, quick, lightweight, multi-platform language that is also simple to learn and has sufficient power. Lua is robust and supports a variety of programming languages. It is adaptable, simple to incorporate into the game, and supported by numerous game engines, including CryEngine, Gideros mobile, and Corona SDK.

Conan, American Girl, Angry Birds, and Aquaria are some examples of well-known video games that use Lua. In one of our favorite Unity projects, Undungeon, Pingle Studio uses Lua to build gameplay and game endings. However, despite its considerable capabilities, Lua has a small user base and is rarely employed as a stand-alone choice for game creation. 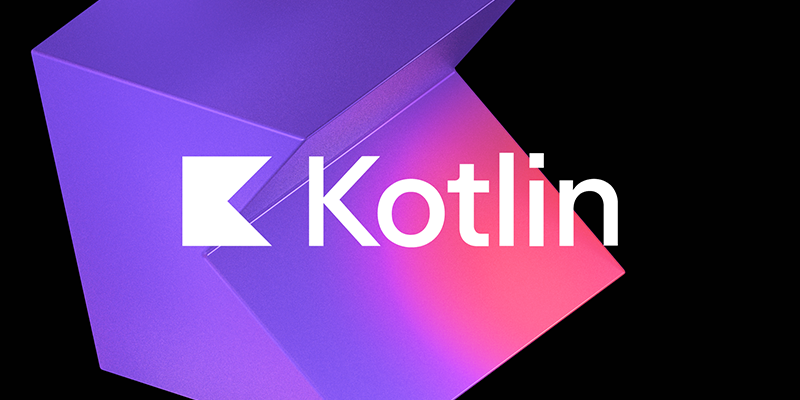 Programming language Kotlin is a member of the JVM family. It is clear, simple to read, and easy to keep up with. It can run on a variety of computers and has a safe and clever compiler. The popularity of this programming language rose after Google declared Kotlin as their new preferred language for Android apps in 2019. It’s important to be aware that Google apps are Kotlin-based. In 2022, learning Kotlin might be the best move if you’re interested in working in the Android app development industry.

Although it has a smaller developer community than Java, it is far more popular (almost 62 percent of programmers indicated they enjoy this language) and pays significantly better.

The game development platform you choose will have a big impact on the ideal programming language for games. You must choose a language that is appropriate for your objectives, regardless of whether you want to use Unity or Unreal or write Android or iOS apps.

However, you can’t go wrong with C#, Python, Java, or JavaScript if all you’re interested in learning is a useful, all-purpose language that is also used for game development. These languages are adaptable enough to work whether you’re making games for desktop PCs or mobile devices.