Are you playing Player’s Unknown Battle Ground (PUBG) frequently? Have you started loving the genre and wants to try other games of the same? PUBG or PlayerUnknown’s Battlegrounds has more than 227 Million active users. It is one of the best Battle Royale Games currently available on the market.

However, it does have some of the issues and that’s the reason why you are here browsing for best alternatives to the PUBG Mobile. Now, there might be any reason such as your smartphone doesn’t have high configuration, your device gets heat up, or it is difficult for you to survive. Or You came here to uninstall the PUBG Mobile and looking for its cool choices by boycotting Chinese apps?

One thing which I think I should tell you that all the games featured on our list are personally tested and brought up for you. So, be sure you can download any of the games and play without paying a single dime.

However, some of the games which I have featured takes a lot of RAM, as well as GPU while games like Zombs Royale take very little RAM but gives you the enjoyment you are looking for.

So, our team has done all the hard work for you and picked up some of the best games like PUBG mobile currently available in the market. Here are the top PUBG alternatives.

Garena Free Fire is an online multiplayer game. The developer of the game is 111 Dots Studio. In 2019, Garena Free Fire became the most downloaded game. The player lands on an island and search for guns and other utility items such as medical kits, bandages, drinks, and scope for the weapons. 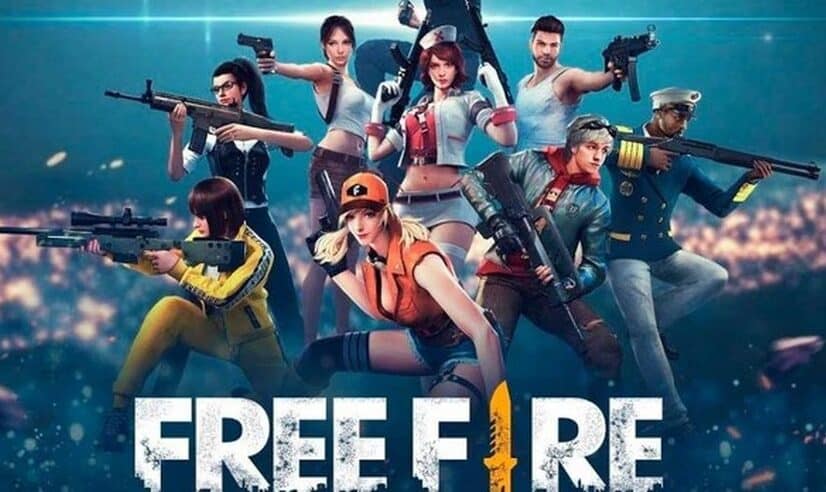 The maximum number of players in one game is 50 and your ultimate goal is to survive till last. Now, the developers of the Garena designed the game lovers who use low configuration phones. And that’s why the graphics of the game is not that awesome.

You’ll get weapons including Assault Rifles, SMGs and LMGs, Snipers, Shotguns, Launchers, Pistols, Crossbow, Grenades, and some melee weapons are the categories of the guns. AN94, M60, Dragunov, FAMAS, M4A1, AK, SKS, Groza, M14and SCAR are the guns categorized under assault rifle.

Overall, it is one of the most popular games which doesn’t take any hefty amount of storage; however, it gives you the enjoyment you are looking for. The only thing which can disappoint you is the graphics.

Call Of Duty popularly known as COD is a first-person battle royale genre game. The developer of the game is TiMi Studios. Activision launched the game in October 2019.

Call Of Duty is for both the devices, android, as well as iOS. The game has two types of currencies, which are to be bought with real-world money. Apart from that, you can play the game without paying any single penny.

However, you don’t have access to the exclusive skins for the guns and the player dresses as you need to buy them. There are two types of in-game cash, credits and COD points. Well, you get a variety of maps on which you can play. Also, the developers of the COD frequently update the application and provide a new map after every season end.

Now, if you’re looking for a game that purely is the Battle Royale then definitely check this one out. Our list of PUBG alternatives isn’t complete without COD as it is one of the oldest and quite popular games available in the market.

Last Day On Earth is a survival sandbox game. The game is developed by Kefir Games and currently running on BETA v.1.17. The game is available on both iOS and Android devices.

Now, if you have played the popular game ‘Far Cry 3’ then its storyline looks quite similar. The player has to hunt for different materials from the jungle which is actually the playing area. The stuff you get is to be further crafted to make an unconventional weapon.

You have to establish your town and protect it with the Zombies. The weapons crafted is used to kill the Zombies. There are a large number of weapons in the game as compared to any other mobile battle royale games.

Creative Destruction game is launched and presented as a cartoon art style. The unique type of technique used in the game attracts players the most.

Developers of the game are NetEase Inc and Titan studios one of the reputed firms which are developing the game since 1997. The game was published in the market by NetEase Inc, Titan Studios, and Yuan Zuo in the year 2017. You’ll be dropped to an island with 100 players and to win the game you need to stand last.

Now, the players hunt for the creative weapon and have to kill the other 99 players to win. The game is of do or die genre. There are a variety of weapons including pistols, shotguns, assault rifles, submachine guns, snipers, and other destructive weapons.

Overall, if you are looking for the Battle Royale which has bigger maps then usual you can try this one out. You’ll have a huge library of weapons to choose from; however, the only thing which can make you uncomfortable is it comes with only one map. So, you don’t have many options in context with maps.

Knives Out is a battle royale genre game. All the players spawn on an island and have to hunt down each other. The players are divided into groups of five, and the last team will be the winner of the game. 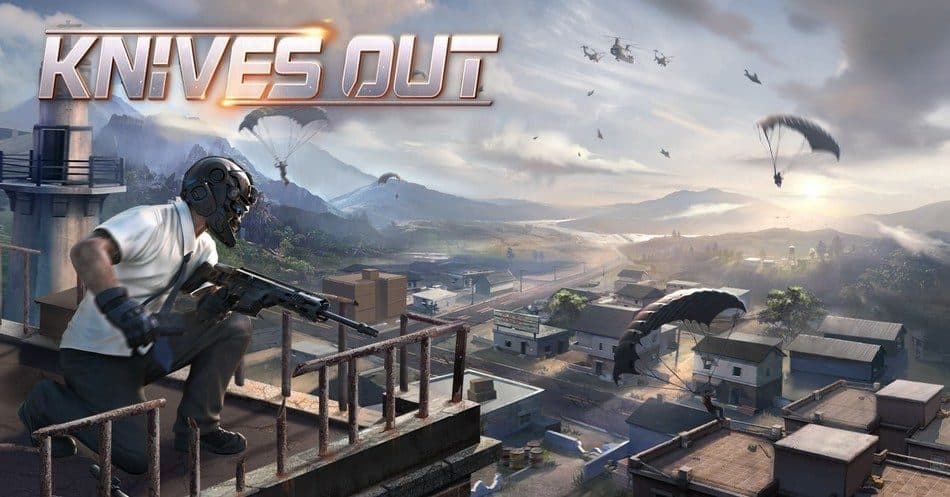 Now, the app of the game is 77MB, but you need to do an in-app 3GB download. The map of the Knives Outcomes with unique locations like train tunnel and snow mountains.

There is only one map in the game which has different attractive places such as the lighthouse, train station, West pier, and many others. You get different weapons such as shotguns, assault rifles, snipers, and some others. The list of the guns in the game is as follows, M4A1, Ak-47, QBZ-95, S-ACR, M27, Aug, M860, SK12, MP5, MK5, UZI, MK60, Mauser Sniper Rifle, M24, SVD, AWM, and Val.

Knives Out is a versatile game and check all the boxes when it comes to the Battle Royale Game.

I can’t say that it’s a similar game like PUBG; however, I can proudly say that it is a little extended version. The only thing which can disappoint you is the average graphics.

Battlelands Royale game comes for all devices including android, iOS, and windows, which makes it different from other games of this genre. Battlelands Royale is Finland’s production and is of 106 MB. Futurplay Games corporation has developed and published the game. The game comes only in FPP mode.

The game lasts for a maximum of 3 to 5 minutes, with 30 to 35 players at a time. It is like loot, shoot, and survive the game. The game has only one map to play on. The game also has ‘Team Deathmatch Mode’ popularly known as TDM.

The game also comes with an age restriction of 12 years and has a minimal range of weapons in comparison with other games of this genre. But it has all types of guns and also has other healing utilities.

Well, if you love playing Battle Royale Game this isn’t your first choice as it has cartoonish graphics and you don’t get the real sense of playing Battle Royale. But again, the reason for mentioning it on our list is for giving a good option for the users of a low-end device.

Balck Survival is also available on all platforms including iOS, Android, and Windows devices. Launched in February 2016 by Archbears, Nimble Neuron, and soon become popular among gamers.

The game is of 68MB and has 321 MB in-game download. The players are thrown by plane on a desert island and in one game there are 10 players. The single game is of 20 minutes, i.e., the player has to loot, kill, and survive till last. Moreover, the desert island mentioned-above has 22 different areas, such as Beach, Hospitals, and many others.

The main highlight of the game is that the player may change themselves into 35 different characters. Some of the characters are doctors, hackers, cooks, police, student, and more.

If you are aware of the game known as DOTA, you are going to love this game. The items available in the game are classified into five groups, Common, Uncommon, Rare, Epic, and Legendary.

Love to play Battle Royale genre games, but the phone doesn’t have such configurations? Welcome to Zombs Royale gameplay, This game change the view of battle royale games. This only battle royale game is designed in two dimensions (2D). 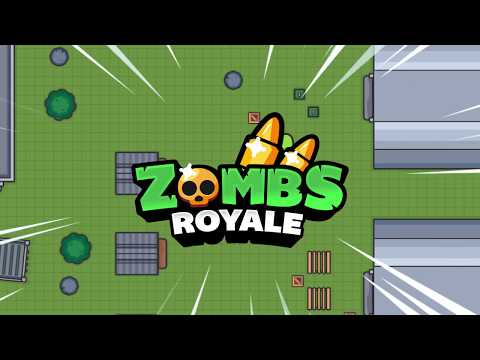 This particular multiplayer game was launched in 2018 and can be played on iOS, Android, and Windows devices. The unique feature added to the game was that it could also be played on a web browser.

The game is of 105Mb only with 1 million+ users. The game comes with a single map with ten different places—the best place to land in the Mystic Forest. There are 100 players who land on the map and have to loot, kill and survive till last.

The player can choose to play solo, duo, or squad also. There are many guns in the game which are common in other different battle royale games.

Well, if you’re looking for one of the most innovative battle royale games which don’t need that high configuration then give a shot to Zombs Royale.

The game has only one problem and that is it has an only top view. Also, the map of the game is quite small; however, it gives you the enjoyment and satisfaction that a battle royale games offer.

READ MORE: How To Fix PUBG “Servers Are Too Busy” Error?

Comparing all the above games and suggesting one is quite a difficult task. Also, the game I recommend may not match your configurations of the device. If you own a high-end device, you may approach to Call of Duty as it has so many different maps and has outstanding graphics. But as a low-end device user, Zombs Royale will be a perfect choice.

After knowing so much of the epic battle royale genre games, lets us know which of the game you loved to play. Do share your experience with us and let us know why you have chosen any of the games. If you have any queries or suggestions, do let us know in the comment section. We’ll be happy to assist you. I hope the content must be helpful for you!

How To Get Chegg Answers for FREE: Unblur Chegg 2020 (August)

Ngurah Rai International Airport To Close For 24 Hours For Nyepi

Use Smartphone as Webcam | TechDim