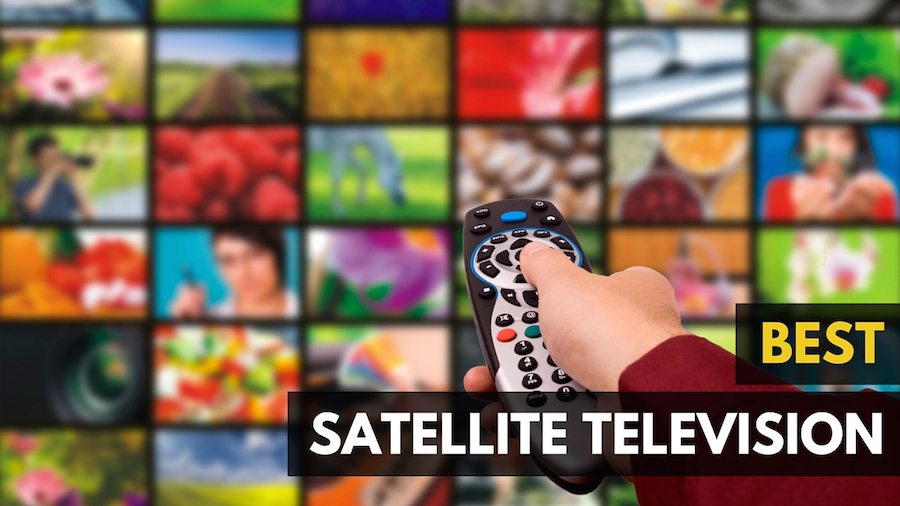 Satellite TV has a ton of advantages over other cable TV and video streaming alternatives. Because with satellite you will never get a buffering icon caused due to slow internet. Although there are a few rare delays during the loading of the menu and programming, you don’t need to waste significant internet data on your digital entertainment with satellite TV. This is a major plus for those, whose internet provider caps the internet data.

DIRECTV and DISH are two of the major satellite TV providers that seem to have comparatively similar channel lineup variety except for sports. DISH and DIRECTV, both, are packed with around a hundred networks even on even their lowest and cheapest plan, and the channel count rises as high as 350 as you step up the packages and reach the premium ones.

Orby TV, though not well-known, but is of great use for those with a limited budget as it delivers 50 or so channels at a lower cost with no hidden cost in its plans. However, it won’t be able to deliver the full live TV experience with around 350+ channels that you may get with DIRECTV or DISH. On the other hand, with costs as low as $40 every month, it’s an amazing choice for people living under a budget.

The American sports buffs deem DIRECTV as the king of digital sports entertainment. Courtesy of the free NFL Sunday Ticket included in the DIRECTV packages. However, if you would like to sometimes watch special or worldwide sports events, games, then you may consider Orby or DISH TV so you don’t have to pay the humongous fees for regional sports networks.

If you prefer more variety in your digital entertainment or want the package to every family member’s whim, then news, travel, cooking, science, lifestyle, movies, and TV shows, DIRECTV will have a lot of options in store for you.

DIRECTV CHOICE and above plans come with the NFL SUNDAY TICKET seasons for free for one whole year. The coveted ticket price stands at $294 or more per season. The costs differ. The cost of the ticket will be automatically charged in the next year, which you will have to pay in full. Except of course, if you call to opt-out of it well before the start of the new season.

You don’t need to purchase a DIRECTV CHOICE package or any above premium DIRECTV plan to get the NFL Sunday Ticket. But get the favored NFL SUNDAY TICKET added to any of the packages if you purchase the NFL season pass at the price of around $300 per year.

On the other hand, if your preference runs to the basic DIRECTV package, but also want the NFL Sunday Ticket included, it will still cost less than it would if you had opted for a DIRECTV premium and remain bound in it for the next two years. Obviously, in the event that you are including the CHOICE package for premium options, then CHOICE or above would be a better choice.

We suggest the DIRECTV CHOICE All-Included as the best package out there for satellite TV. It is packed with more than 185 channels covering a variety of genres including TV shows, movies, news, family, and lifestyle TV. The cherry on top? You get the desirable NFL SUNDAY TICKET at no cost whatsoever. More cherries coming with the HBO Max™, STARZ®, SHOWTIME®, CINEMAX®, and EPIX® for free for the next three months.

And when you bundle all these treats with the AT&T Internet, you will notice a significant discount in the DIRECTV and AT&T Internet Prices. So don’t waste the precious opportunity.

In case you’re ambivalent between the two satellite TV choices: DIRECTV and DISH. Here is a little tidbit that you should know about DISH. The DISH TV comes with a wide scope of international programming and even better variety across different genres like movies, TV shows, sports, news, lifestyle, and family TV. So if you have TV viewers with different preferences, DISH TV is your call.  It’s not that DIRECTV lags in any of that entertainment variety,

but DISH comes with a little more options in this regard. As DISH TV comes with more Spanish programming with more than 85 channels.

With most DISH TV plans, you can enjoy more than a dozen Spanish channels and if you want more variety in Spanish, you can add the Spanish channel lineup for around $49.99/month.

Moreover, if you speak any other international language, DISH has over 290 channels in international entertainment in around 28 languages.

However, DISH lags a bit behind in sports than DIRECTV with only limited variety. But you can catch the NFL network, beIN Sports, NFL Red Zone, and plenty of regional sports networks on most DISH premium packages.

Orby TV is quite different and smaller in scale than the abovementioned fierce satellite TV providers. The satellite TV provider is a lot younger than its competitors, introduced only in 2009. The provider does not cram hundreds of channels in every package, which we must accept that we don’t bother watching despite choosing a bigger channel lineup.

The service doesn’t come with frill and fancies like free Sunday Ticket or free trial period for premium networks. But it delivers what customers want: essential TV channels at reasonable prices.

Orby Essential TV package comes with more than 49 channels at $40/mo. While the Extras and Premium, packages add more channels like HBO®, Cinemax, STARZ®, EPIX®, or Hallmark Channel to the basic package at additional dollars. The additions t your package depends upon your preferences.

The Orby TV, compared to all other TV providers, is quite simplistic and straightforward in nature. It’s more in alignment with a streaming service but offers channels instead of just movies and shows.

Bringing it All Together

We hope that after all the comparison, the differences among these satellite TV service is prominent, and you can now easily decide on which service to choose.

For all the football and other sports fanatic, DIRECTV is the best choice for you with its free NFL Sunday Ticket included in the Choice or above package. Plus, you get a free trial for some of the most desired premium networks with DIRECTV.

For those wishing for entertainment variety, DISH TV would never disappoint you with its array of international programming, and a wide genre coverage.

For the lovers of live TV when budget considerations are a variety, Orby TV gets you the most under a budget.